The Best Old-Fashioned Games to Play with Your Kids 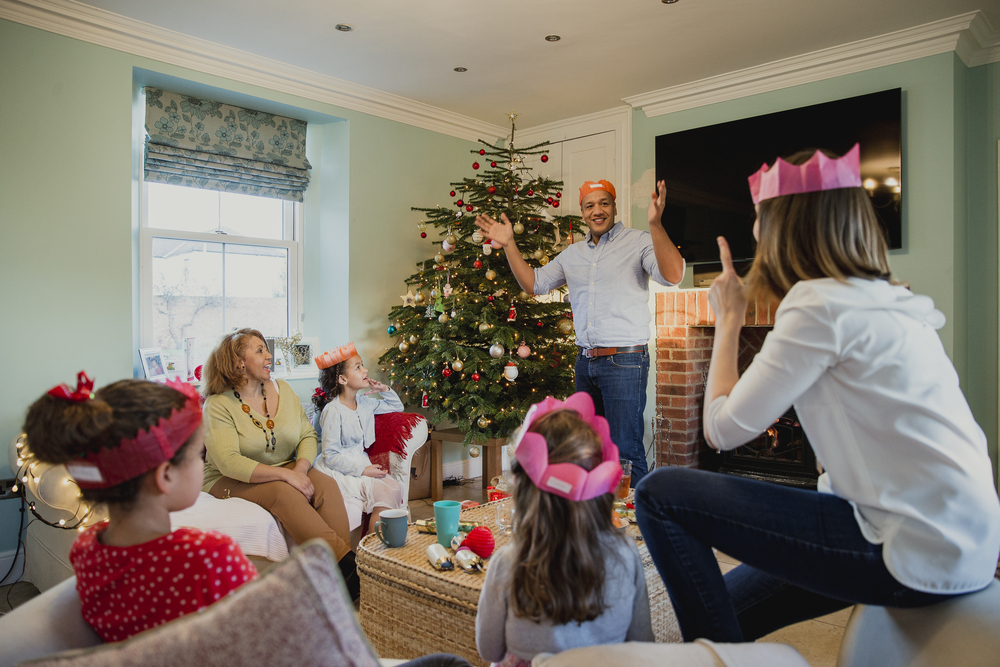 These days it’s pretty hard to tear your kids away from their phones and electronics. In fact, let’s be honest, it’s pretty hard for you to put them down too. From texting, to uploading pictures on social media, to playing online games, it’s a wonder you ever get to see anyone’s face.

The Best Games to Get the Whole Family Involved

Bring back the games! Bring back family game night. Bring back games after school. Bring back games together. These old-fashioned kid games will give everyone a reason to put down even the shiniest of their electronics and actually have a little fun doing it.

This is a perfect anytime anywhere kind of game. All you need is some phrases written down on paper and a hat to draw them from. It’s the most low-tech game imaginable. The rest is up to you.

You and your family get to be completely unplugged and completely engaged. You get to watch your kids come alive with energy as they act out each phrase. You forgot how good you were at guessing. It’s like you’re a mind-reader.

Then all of a sudden somebody has to act out some impossible movie title like Casablanca and everyone makes a proper fool out of themselves. No one can guess because they’re laughing so hard. You’ll make a memory that will last a lifetime, and Casablanca will become your own private joke that always incites laughter. It will weave its way into some distant wedding toast, and you’re already getting teary-eyed thinking about it.

This is perhaps a controversial pick because it has quite a reputation for never-ending. A good game of Monopoly can go on for hours, and in a time where we are judged by how much activity we can fit into an evening, Monopoly seems too slow. True, it’s generally a long game. You make an investment in it, but that’s what you’re looking for. The pace of the game is such that you get a lot of good family time and good conversation doing it.

There are lots of fun face-paced games that involve a lot of screaming and shouting. Everybody has a ball, but at the end of it you didn’t get to hear about anyone’s day, did you? Sure, Monopoly is slow, but think of it instead as savory. You get to savor your fleeting time with your children. On top of that, your kids get to learn that owning railroads is almost always a sound investment. They’ll definitely be able to take care of you in your old age now.

If you think back really hard you can probably remember the thrill of calling out a coordinate and having your opponent confirm a hit. You found a ship in the sea, and it was so satisfying. Battleship is the perfect blend of meticulous strategy and pure luck. Ever put all of your ships in one corner and let your opponent bob around the entire ocean trying to find you? Of course, you did. Everyone tried it at least once.

Battleship is also great because you can play with just two people or you can expand it and play tournament style. This makes it perfect for a rainy afternoon. It’s a great game to play when bored because it’s kind of unpredictable. One match might go by in a matter of minutes and the next one might take forever. It’s also a simple enough game that it’s good for a range of ages and skill levels. The luck is the great equalizer here.

Clue just never gets old despite how old the game actually is. There’s a certain thrill about making an accusation and finding that no one has any cards to show you. Nobody has the candlestick, the ballroom or Professor Plum. You’ve guessed it right. You were patient, calculated, and you asked all the right questions.

That might sound more like a book report or a school assignment to your kids. They might wonder where the flashing lights and digital screens are. At first, you’ll have to explain to them what a conservatory is, but once the game starts they’ll be hooked. You get to solve a mystery. Who wouldn’t want to solve a mystery?

At first you might find that it takes a lot of effort to get everyone to join in, but eventually, game time won’t be soon enough or often enough to please everyone. You might find that you’ve opened up a whole gateway to old-fashioned games.