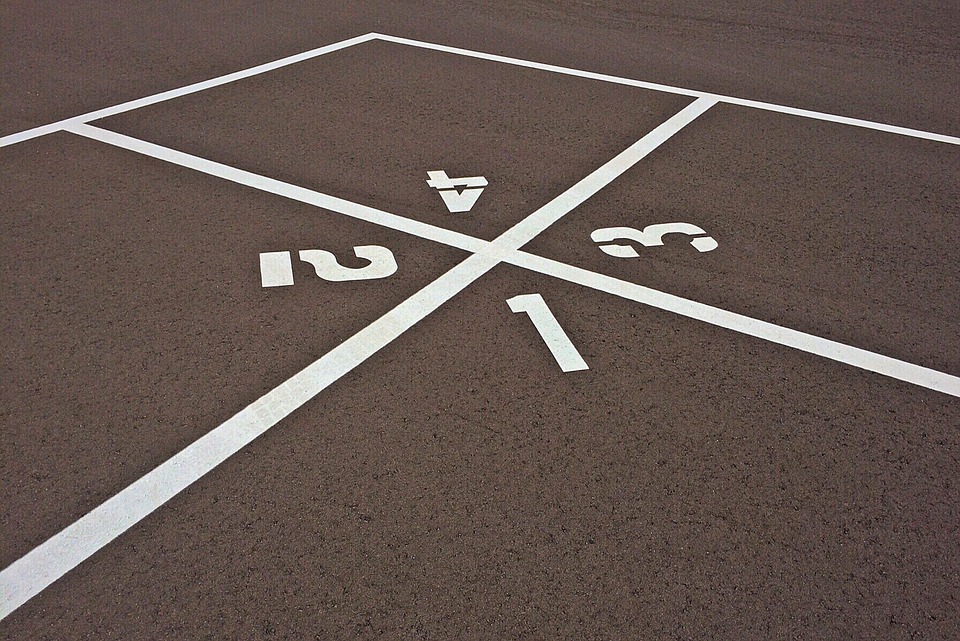 The Four Square game is a fun family activity that is easy to play. It involves elements of handball or tennis — although no racquets are necessary. Instead, you play with that staple of every recess at school — the good old playground ball, according to Big Fat Tiger Home.

So What Is The Four Square Game?

It’s a game that’s played in different communities worldwide, notes SquareFour.org. The object of the Four Square game is to oust players from each of the higher squares. Players bounce the ball to each of these squares until someone makes a mistake and is eliminated from the game.Then you get to move up to the next-highest square. To win the game, you must simultaneously move up and keep your position as the server.

Grab some chalk and make a big square that’s approximately 12 feet by 12 feet. Divide it into four squares. Make sure there’s one person in each square. The person in square 4 serves the ball by bouncing it and then hitting it to one of the other squares, Kidzworld reports. And that’s what makes this game fun. It’s entirely hands-on. Since you don’t have to play with a racquet, you use your bare hands instead. And it’s the perfect game for restless kids who have endless energy to burn.

Who Played Four Square Back In The Day?

What Are The 4 Square Rules?

In This Four Corners Game Did You Know You Can:

If you’re curious about additional rules, check out the sites listed in the above section. And for all those rules there are plenty of ways to make the Four Square game really fun and imaginative.

The 4 Square Rules Help You Learn Some Really Cool Tricks

Like most games, this one has some slick moves that spice up the game and make it a little more competitive:

Here is more on the four square game, courtesy of Active Cambridge.