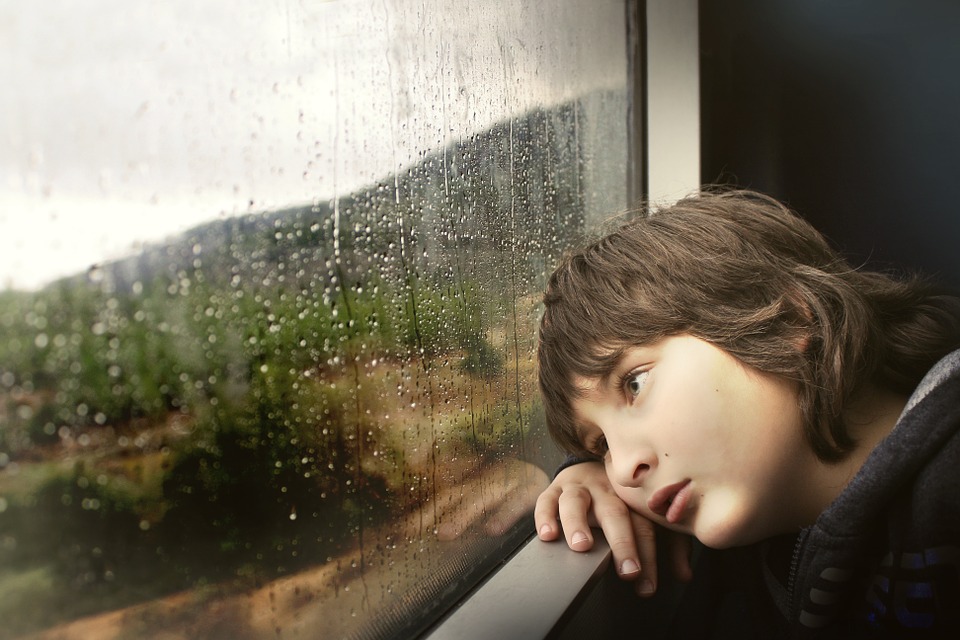 Whether you’re single or have a family, chances are you occasionally look for a few games to play when you’re bored. Fortunately, there are all kinds of classic games you can play with your family or friends. You can play outdoors or you indoors, with a group, or alone.

We’ve put together some timeless outdoor games, along with modern takes on classic word and social games for your phone! We even have some great multiplayer phone games iOS and Android users. Apps you can play against each other and others that to pass the time alone.

Games to Play When You’re Bored … Over Text

Simple word and picture games took on new life in the 90s with the arrival of text messaging. Check out these great texting games to play when you’re bored!

The game’s as simple as texting R, P, S, back and forth. But if you don’t like getting outdrawn, try 25-gesture RPS, or click on the gesture you want and play the mind-boggling 101-outcome version!!!

One player thinks of something (the “Answer”), from simple like, “water”  to something unusual like, “irrational numbers.” Usually, you can choose how complex to make your “answer” based on your level of friendship.

The other player begins a series of questions, all with yes or no answers. Questions like, “is this an living thing?”, can help narrow down the answer. The goal is to guess the other player’s item in 20 questions or less.

Anagrams are words scrambled into others, like “VOTES” rearranged into “STOVE.” In this mobile version, one player starts with a letter off the alphabet; the starting letter doesn’t have to be a vowel.

Play goes back and forth, or in a circle, adding one letter at a time and making a new word. For example, players can start with T – IT – SIT – SPIT. Last person to be able to do a unique anagram wins. Previous letters can be used again (“CHILL”), but for an extra challenge, you can make it so they can’t.

Each person can pick a trivia or riddles webpage and test the other person’s wits and knowledge.

Again, this can be played simply with trivia, but there is a twist on the game that actually is fun for adults AND helps out with kids’ alphabet skills! How? The last letter of the question changes how you answer! Anything from A to M causes a yes answer, and anything from N to Z ends in no. Be nice! 🙂

We’ve also found some great Android and iPhone apps! All of these are fun games you can play when you’re bored.

Hearing a few notes from this enjoyably pointless app brings back great memories of trying to survive for seconds at a time on stage in a battle royale with three other impeccably dressed, hyperaggressive portly opera singers. The goal of this multiplayer game is literally to steal the spotlight. While you have it, your character bursts into a joyous mockery of opera, and getting knocked off stage changes the style of the song to the winner’s. New match types include Phantom, Fat Lady, the 5-style (!) Royal Rumble, and Power-Ups! Best of all, multiplayer can now be played on the same device.

If you have a bright youngster into board or card games, AoR lets you battle it out in a thoughtful resource management / combat game. As rival leaders, you share all but a few cards. Online players fight each other with their own collections. The goal is to raise resources and money, engage in a few fun battles, occupy cities along the way, and in doing so earn the most culture points.

If you remember Pogs, this manic, superbly produced pogs-wrestling hybrid may be your next multiplayer favorite. With a wry perspective on the industry (“That was totally unexpected – even if it WAS scripted!”), Muscle Hustle has been such an addictive experience I’ve had to delete it.

This ain’t your granddad’s dominoes, or is it?!? A late 19th-century college creation, Texas 42 is a combination of dominoes and bridge that has you bidding up to 42 points in a round. Fives, doubles, or the current trump will help you and up to 3 other players take points for your team. This game is ideal for a quick break, but its depth will have you dropping everything during wilder rounds.

These solo games are still great conversation pieces and available on multiple platforms.

On the lighter side of the gaming, the spectrum is this puzzler featuring a wise-cracking young man whose curse is to turn into a werewolf, at will, in small circles of moonlight to better solve puzzles. Yeah, he runs with it. With a slow-rise difficulty level, you may have to leave to your kid, this is a great family game that still doubles as a solo diversion.

Golf is usually 18 holes, sometimes less. Desert Golfing offers over 60,000 random-looking landscapes, and every few thousand holes, you will wonder if the creator forgot to playtest. Yet, after sinking thousands of putts into these insanely difficult parts of the course, you immediately move on to holes that mock you with gently rising land and few outcroppings. Jen the cycle repeats itself… DG uses a psychoactively slow color-changing scheme that you will only notice like an oncoming sunset. See if you can tell the difference in color from start to finish without skipping ahead!

RG is an idle clicker RPG I would pay a younger family member to play 24/7 so I can do things like, well, life. It is a game that will have you tapping like a melting glacier, aching to abdicate so you can tap obsessively to reincarnate. Bonuses stack up like the Leaning Tower of Pisa, but unless you’ve been playing the game for months you wouldn’t even recognize what a killer screen looked like. The game does run even when deleted, but the downside is you get a criminally small amount of currency for doing so; it’s “better” that you just leave it running 24/7.

Imbroglio is a brilliant board game where you set up a 4×4 tile arrangement of blue and red tiles. Blue tiles get rid of monsters that usually come in from the left side, red for the right. Usually. The game’s rules are fluid and innocent-looking. 12 characters each have one strength and one flaw to cheer you on and drive you crazy, and range from kid-friendly (spend runes to heal) to basement dweller (blue weapons only).

Movement is swipe-based, allowing a game pace as fast as Angry Birds or slow as chess. Fighting monsters involves swiping up against one on the next square, or firing off ranged weapons. One star appears on the board at a time and partly heals your blue and red health bars. With 48 unlockable and buyable tiles, the board combinations you create make every character’s experience different. It’s fun to play side by side and share boards with friends through GameCenter, but also great to kill a few minutes when you’re by yourself.

Want to drop the phone and spend some real-world time with family and friends? Check out these excellent classic group games, with links to dozens of variations.

Kickball is much like baseball, but instead of the ball being thrown, it’s rolled toward home plate. Also, several people can stay on the same base, and much unlike baseball, anyone smacked with the game’s soft rubber ball is tagged out. Smaller kids who can’t swing a bat can play kickball with family members willing to play gently and tag instead of throw out.

If you’ve never played this game in your life, drop your job, put on some clothes that blend, and bring a few friends outside. In the basic game one person is chosen to be “it’. S/he hides their eyes, counts a while, and looks for all the people hiding. The first person to be found becomes “it” the next round, and the last player to be found is the winner for that round. Whoever wins the most times gets bragging rights! The game is played worldwide, with hide-and-seek variants hailing from Greece, Spain, Nigeria and Romania.

This game is usually played in a closed yard or similar space. A line is drawn on the ground, with a circle in the middle to put an empty can in, hole side up. One person becomes the keeper, and puts their ball the can — orange-sized or smaller works well — and people take turns throwing their ball at the can. A ball will often go past the can, and the thrower will have to stand near where it lands.

There are two ways to get back over the line to throw again. First, a player can grab their ball and run back over the line without being tagged out by the keeper. Second, another player can knock over the can on their turn with a thrown ball, freeing them. In order to be able to tag anyone out, the keeper needs their ball on, or placed back on, the can. Sometimes an unlucky keeper can knock the can down chasing after escaping players, so things can get a little rambunctious.

Simply put, someone’s “it”, and doesn’t want to be. Reaching out and touching (“tagging”) someone makes someone else “it”. The no-tagbacks rule is often used, it keeps people from tagging the old “it” player back immediately. So, you think that simple tag too old-school for your kid? Wikipedia compiles a ton of variants including Bakunawa, Octopus Tag and Stealing the Flingsock.

Is your kid down about being able to win a regular foot race? Three-legged races, where people partner up by loosely wrapping a leg side by side with someone else, are clumsy fun. Just try not to team up with someone much smaller or bigger.

Until I learned triangulation, Hot & Cold was a favorite childhood game. Someone picks a location or hides a small toy somewhere. The other player walks around trying to find the place, and the first player says hot or cold depending on how close they are. The fun of the game comes from picking words for in-between and almost there, like “warm,” “super-warm,” “freezing” and “super-hot.”

Geocaching is the hobby of finding prizes and other unusual items nearby using clues and GPS coordinates. To keep it sustainable, enthusiasts usually leave an item when they find one. Containers are usually weatherproof. Popular iOS geocaching apps include onX Hunt, Geocaching, Cachly, and my favorite, Cachebot. Honorable mention: Klikaklu. For Android, there are Geocaching, Neongeo, CacheSense, and the free C:Geo.

Looking for more fun and games? These family game, party and free online game sites will keep you and your family entertained for hours!