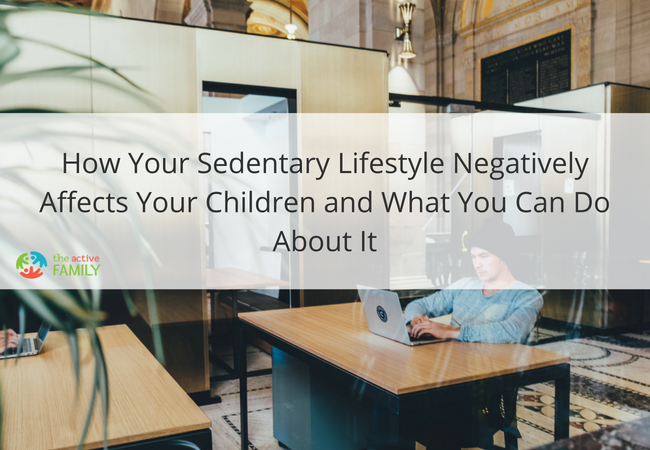 You’ve probably heard all about how unhealthy a sedentary lifestyle is at work. Offices now purchase desks that can be lifted so employees can stand while working. Managers encourage employees to leave their desks every few hours and walk around. Even yoga balls have made an appearance in the office, with many employees opting to use them as periodical replacements for their ergonomic chairs. But what exactly is a sedentary lifestyle? And with the desk demands of most corporate jobs, is it even avoidable?

The term sedentary lifestyle refers to a way of living characterized by minimal physical activity, which often results in plenty of time spent sitting or lying down. What’s the big deal with sitting, though? Well, according to the World Health Organization (WHO), one of the primary causes of disabilities and diseases is lack of exercise. While this is detrimental for adults, it can be far worse for the developing minds and bodies of children.

Do You Have a Sedentary Lifestyle?

Many people with sedentary lifestyles don’t believe they have one. They may go to the gym once per week(check our top workout app), or run a nearby hiking trail every so often or take the dog out several times per day. While these are all excellent ways to incorporate exercise into a busy life, there’s still a long way to go. WHO recommends at least 30 minutes of moderate physical activity on a daily basis, so if you aren’t meeting this requirement, it’s time for a change.

For most adults, a sedentary lifestyle begins in the classroom and extends into corporate life. Many professionals secure jobs that require physical activity, which is often the case for athletes, police officers and firefighters. For everyone else, however, sitting for six to 16 hours per day is normal. This is especially true for truck drivers, secretaries and even creative types such as painters and novelists.

Because a sedentary lifestyle is a condition of employment for so many, it’s easy to dismiss as a necessary evil. However, a sedentary lifestyle can lead to the development of obesity, heart disease, diabetes and even certain cancers, making it a serious concern. Perhaps even worse than this is how it affects your children.

How Do Children Develop Sedentary Lifestyles?

As mentioned above, sedentary lifestyles often start in a classroom. Most classes from kindergarten into college require sitting. Students are also encouraged to remain in their seats so as not to disturb others. In the early years, recess, lunchtime, physical education and extracurricular sporting activities provide a break from this. However, as children get older, unless they are athletes, they spend a lot less time outdoors and engaging in physical activity.

Parents with active lifestyles, however, are able to keep their children on the move by taking them hiking and camping, doing charity runs together or even taking them to the gym. Children with sedentary parents lack this advantage and are likely to develop sedentary habits themselves.

According to an Australian study, a child’s level of activity depends heavily on the parents. The study found that children are 10 percent more likely to engage in activities that provide exercise if their parents live active lifestyles.

Effects of Sedentary Lifestyle on Children

Owing in large part to obesity, sedentary lifestyles have a strong, negative impact on the mental and physical health of children. In fact, recent studies suggest that life expectancy will fall for the first time in more than a hundred years for children today.

Did you know that 89 percent of children between the ages of 4 and 5 spend more than two hours every day just staring at a screen? Whether they’re using a tablet, PC or television set, kids burn very little calories while doing so: far less than the children who play at the park or ride their bikes. Burning fewer calories directly correlates with gaining more weight, especially if matched with an unhealthy diet.

Obesity in children is widely believed to have reached epidemic levels in developed and developing countries alike, and believe it or not, lower-income families in developed countries are more likely to become obese than the wealthy. Obesity then becomes the fount from which a host of other health conditions spring. Some of these include the following:

Even for children who do not become obese, living sedentary lives may lead to the development of the same health problems as their obese classmates. They may also develop additional conditions such as poor circulation, which is caused by sitting for extended periods of time.

It is well to note that the effects of living inactive lives are not always physical. Lack of exercise also causes children to become moody. An Australian study found that people of all ages who spend too much time sitting at home, work or school had a 90 percent higher likelihood of emotional disturbances that affect their ability to function. This may worsen as children grow older because obesity is also closely related to depression and suicidal behaviors in teens and adults.

Children who struggle with obesity may also develop a negative body image and poor self-esteem. This in turn often leads to the development of eating disorders such as bulimia. The fact that obese children are often bullied does not help the situation. Even when not bullied, other children may refrain from involving their more obese friends in physical activities, especially competitive team sports, as they tend to slow them down and generally do not do well at sports. This further perpetuates the cycle of obesity.

A surprising effect of obesity and lack of exercise is poor school performance. One study conducted as far back as 2003 found that obese children were 400 percent more likely to report problems with their performance in school than schoolmates who were at a healthier weight.

Even for children who do not become obese, prolonged sitting is not the most effective approach to learning. For this reason, many schools now try to make learning more interactive so children can move around, work together, exchange ideas and use their hands to build things. This makes the educational experience more fun and sneaks in the extra opportunity to burn a few more calories.

How To Fix a Sedentary Lifestyle

The Center for Disease Control recommends an hour of physical activity every day for children and adolescents. Most of this should take the form of a moderate to vigorous level of exercise, and for at least three times per week, exercise should be vigorous. If banning your children from watching TV or playing video games sounds drastic, then the good news is there are better options.

Here are a few ways to ensure your children:

As a parent, the welfare of your child is paramount. When this is impacted by your own well-being, it provides the perfect opportunity to have fun together as a family and bond over building a healthier and longer life together.