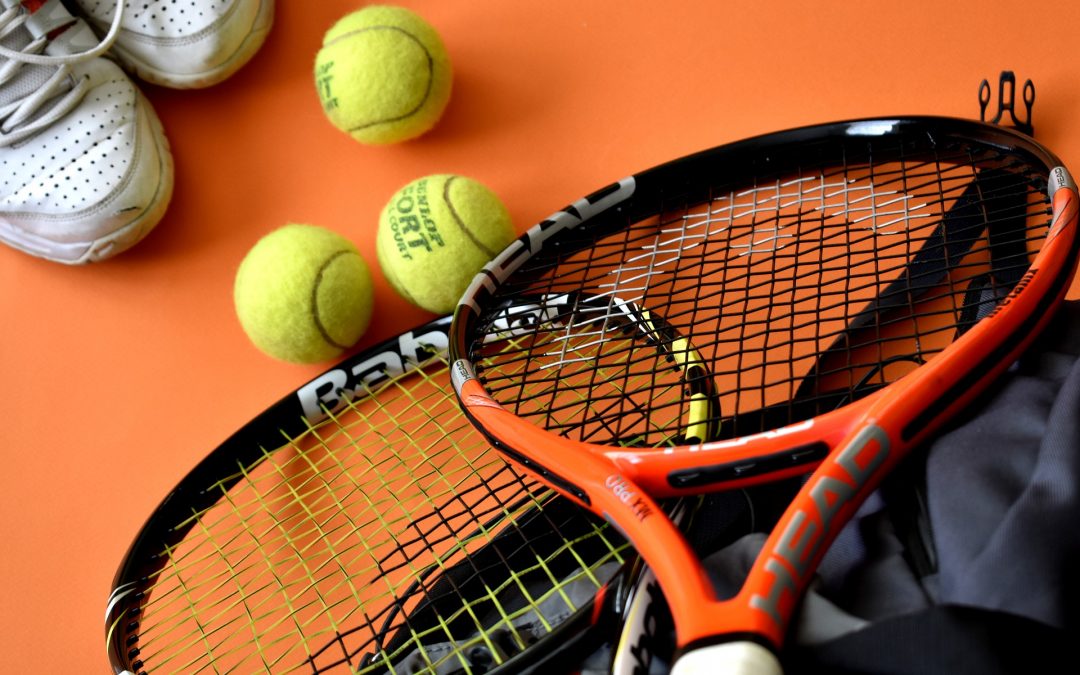 Keeping your children active can often be a challenge. While there are a lot of sports to choose from, the list can be overwhelming. A lot of the time, your child may not know what they want to play until they’ve tried it.

It can also help to do your research beforehand. If you know that a sport is fun and easy to learn for children, perhaps your child may enjoy it more.

Let’s take a look at our picks for the best racket sports for children which are fun to play and easy to pick up. 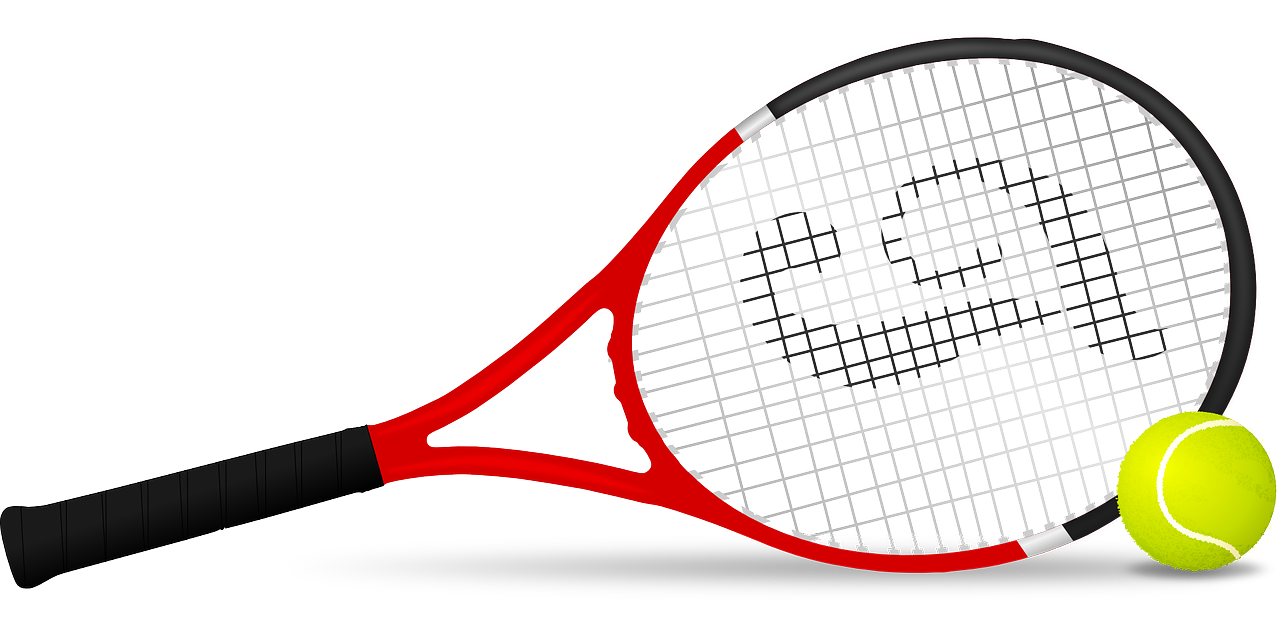 Tennis is a favorite game to play the world over. In fact, it's one of the most popular games to play. Many tennis stars started playing the sport when they were children.

One of the reasons tennis is a great sport to teach your children is because it can be played either individually or in a team. It allows your child to learn how to play in pairs but also encourages their competitive spirit as an individual.

Tennis involves hitting a hollow rubber ball over a net situated in the middle of a court. Each player has a tennis racket that is strung with cord – which can be made out of many different materials.

If your child doesn’t have an opponent to play against, tennis is a great game which they can practice by themselves. All you need is a high wall to prevent the ball from being hit over. Your child can enjoy hitting the ball against the wall and honing their craft.

Most tennis clubs welcome children and encourage them to start playing tennis as young as possible. If your child enjoys playing one-on-one against an opponent or in pairs, they will be glad they tried tennis.

A Variation of a Classic: Table Tennis 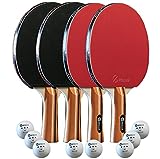 Table tennis is a smaller version of the classic sport of tennis, which means it can also be played indoors. Another term for this sport is ping pong. It's an ideal sport if your child prefers games that are inside.

Another advantage to table tennis is that it’s played on a much smaller surface than traditional tennis. Don’t be fooled by this, however. Your child will still work up a sweat when playing.

While table tennis can be played in pairs, most of the time, you’ll go up against a single opponent. This is a great sporting activity if your child enjoys competing against a single competitor.

We love table tennis because it teaches children the more technical side of sports. In some sports, the general rules are more straightforward than others. While table tennis is by no means complicated, it takes technique and strategy to play a game like this.

Ping pong is a great option if your child enjoys using their mind when playing sports as well as their body. It’s also the kind of activity that you can set up in the basement of your home – you don’t have to worry about joining a club. 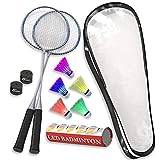 The next fun and easy racket sport on our list for kids is badminton. While badminton also requires a racket to play, the other side of needed equipment is different.

This is because badminton requires a shuttlecock, instead of a rubber ball. This is a white semi-circle attached to a plastic net basket. Your child will learn to hit the white semi-circle on the end and send it over a net to their opponent.

Like other racket sports, you can either play badminton in teams of two or individually. Like table tennis, it’s typically played indoors. It’s also another game that’s straightforward, so it won’t be hard for your child to pick up.

A badminton match is played to three games, and whoever wins the most games wins. While this racket sport is played on a court with a net, this surface area is much smaller than a tennis court.

This doesn’t mean that your child won’t need to run around and exercise as a result.

Interestingly, badminton came from what was originally a children’s game, called shuttlecock and battledore. The net in badminton is higher than in tennis, which means your child will need to hit the shuttlecock higher to get it over.

Pickleball is a lesser known variation of badminton. The most significant difference between these two racket sports is that pickleball is typically played outside, on a surface that's similar to a tennis court. However, the size of the court is closer to a badminton court.

Like most other sports that use rackets, pickleball is ideal if you want your child to learn how to play individually against an opponent or in a pair.

The paddle used to hit the ball over the net is made of solid wood and has a smaller surface area than the rackets used in tennis and badminton. However, it is slightly larger than those used when playing table tennis.

Pickleball rules are also quite unusual and different from other sports. Points are scored when the opposing player makes mistakes, which can include failing to return the ball over the net, stepping on the non-volley zone, or hitting the ball out of bounds.

If your child likes a challenge and learns well from their mistakes, pickleball is a great option when it comes to racket sports. They can use either pair up with a friend or try this activity on their own, to begin with, until they're feeling more comfortable. 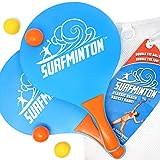 Beach tennis is a great sport that uses rackets – although it also gets some of its characteristics from another game, too. This sport is volleyball.

This may be one of the only racket sports where the teams can comprise more than two players.

If your family is often away on vacation at the beach and you struggle to come up with activities for the kids, beach tennis is a great sport to try.

It involves actions and rules similar to volleyball, except it uses tennis rackets and a rubber ball. Teams of three or four stand on either side of a net that’s strung higher than a traditional tennis net.

As well as being a great holiday activity idea, beach tennis is also a good option if you want your child to learn how to play in a team setting.

The racket itself can vary, depending on which region of the world you’re in. In Brazil, they play beach tennis with a solid wooden racket, similar to the type of racket that you’ll find in pickleball.

Next time you’re at the beach, try getting your children to play beach tennis. You can even get the rest of the family involved as well.

The last simple, yet fun sport for your child to try takes us back indoors – and may be the smallest playing surface yet.

Squash is a high energy sport that only has room for your child to play against one opponent. It's an excellent way for them to burn off some energy while learning how to improve their hand-eye coordination.

This is because the ball goes fast in a game of squash. If you’re not concentrating all the time, you may miss a shot. Competing players stand side by side in a small glass box, facing the opposite wall. On this wall is a line drawn at roughly waist height.

Your child will learn to hit the ball above this line, sending it bouncing back to their opponent who’s standing next to them. The ball itself is small and made out of rubber. Apart from table tennis, it’s the smallest ball to be used in racket sports.

Squash is an excellent game for your child to try if they like moving fast and improving their coordination skills. It takes concentration, brain power, and physical fitness to be good at a game like this.

Looking at Fun and Easy Racket Sports for Children

When it comes to easy and fun racket sports for children to play, there’s a lot to choose from.

Before having children, you may have only heard of traditional tennis. Who knew that tennis could be combined with volleyball and played on a beach?

As well as being great physical activity, these types of racket sports also help your children learn other basic skills, as well. These include working in pairs, working in groups, hand-eye coordination, concentrating and agility.

There's no end to the fun your children can have when they're learning how to play one of the racket sports on our list.