10 Picnic Games for All Ages Your Whole Family Will Love 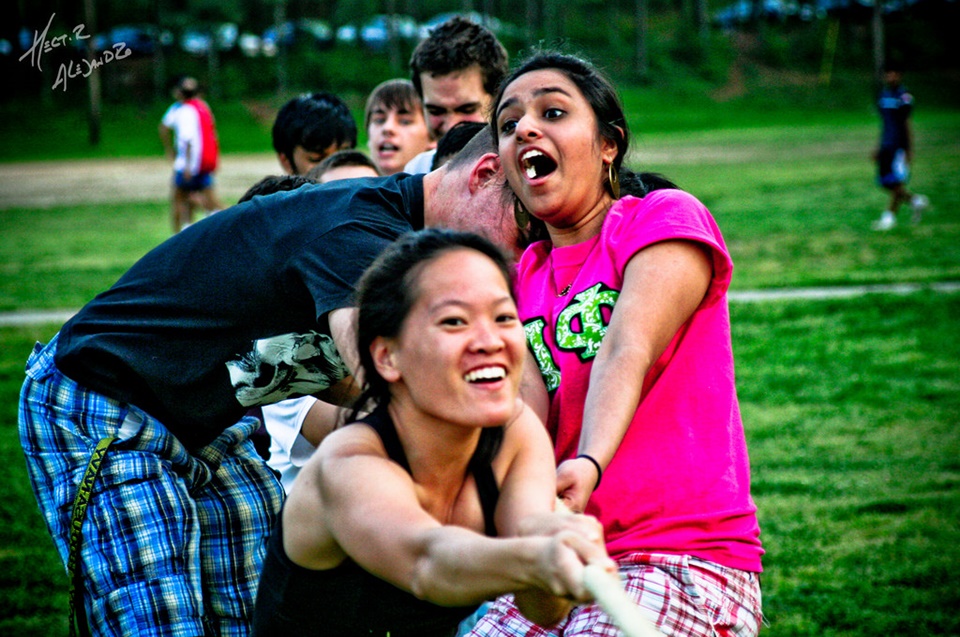 Picnics are a fun, low-cost way to get together with your loved ones and have a good time. What makes picnics even better? Picnic games — games that get people moving around, thinking, and playing together.

We’ve scoured the Internet to find the best-beloved picnic games, new twists on classic favorites, and some amazing new games for people of all ages to make your next picnic a blast. We’ll explain the rules of play, tell you what you’ll need regarding supplies, and show you how to set up and get going. So pack up your basket and let’s have a picnic!

Cool Games for Boys and Girls Under Ten 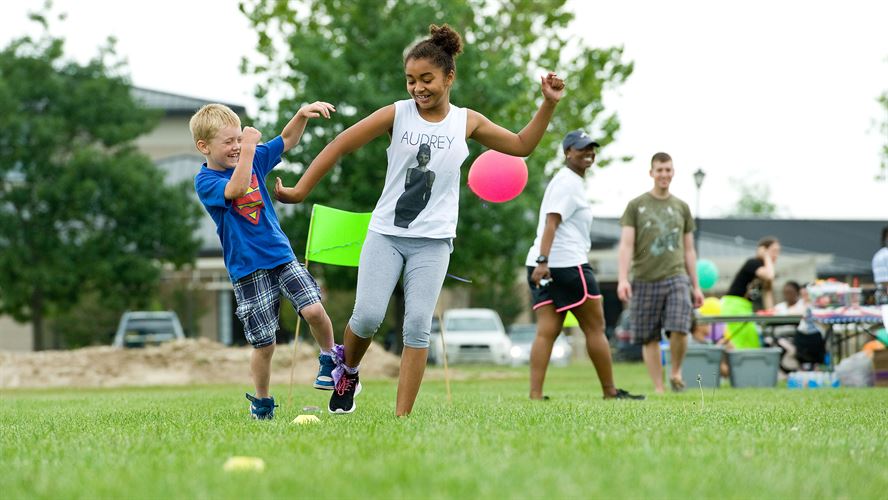 The Three Legged Race is probably the first thing most people think of when they think of picnic games. It’s a classic, and for good reason — it’s easy to understand, most people can do it, and it’s a whole lot of fun. Not to mention the fun grown-ups will have, watching the little ones learn to walk on three legs instead of two.

What You Will Need: String, bandanas, or strips of fabric.

The Setup: Group participants in pairs. Have participants stand side by side at the starting line, one arm around the other person’s shoulders, and tie their inside legs together securely.

Everyone who spends time with small children knows that the number one goal is to get them to burn off energy. Add a good dose of picnic food, and you have a lot of energy on your hands. But how do you get them to burn off that energy safely and in a way that’s fun for everyone? Here are some cool games for boys and girls that are guaranteed to get them moving — and to get them good and tired by sundown. 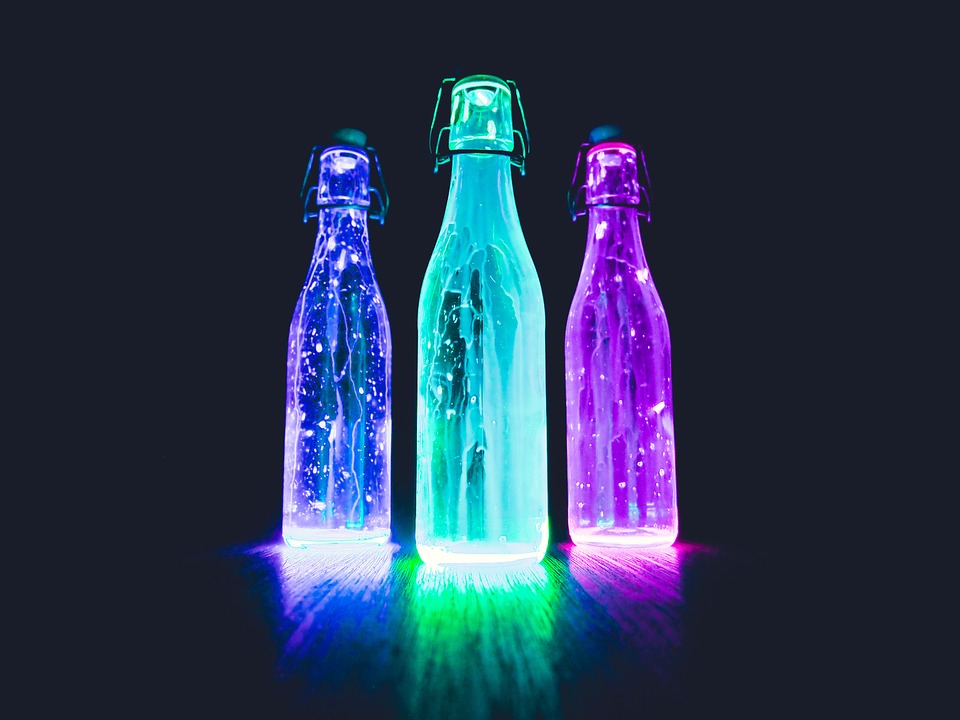 This is one of those picnic games with a lot of different variants. You can weight the bottles differently for various age groups, alter the number of bottles and distance from the starting line, or even add glow sticks to the water so teenagers and adults can play after dark! PBS has instructions for making different kinds of bowling sets, from simple to very fancy. If you’re crafty, then making the bowling set ahead of time can be a fun activity of its own.

What You Will Need: A soccer ball, basketball, or foursquare ball, and six to nine plastic bottles. For older kids, fill them with water. For younger kids (under five) a small amount of water, dirt, sand, or stones at the bottom will keep the bottles from falling over before you want them to, but will leave them light enough for little kids to knock down.

The Setup: Set up plastic bottles in a pyramid formation, with the point facing away from participants.

Rules of Play: Line up participants single-file. Participants take turns rolling the ball at the bottles. Each bottle is worth one point. Whoever knocks down the most bottles wins.

This is one of those picnic games that appeals to kids with a competitive streak and a love of boisterous fun. Older kids will enjoy it, too.

What You Will Need: Balloons and string.

The Setup: Blow up the balloons. Cut the string into pieces three to four feet long. Tie one end of each string to a balloon. Tie the other end around a participant’s leg. Continue until everyone who wants to play has a balloon tied to one leg.

Rules of Play: Mark off the play area. Gather the participants in the play area and shout “Go!” Participants try to pop the other players’ balloons by stomping on them. You can vary the rules by instructing participants to keep their hands behind their backs. The winner is the last player whose balloon is intact. You can watch a video of this fun game here:

Remember the “Memory” card game that everyone was crazy about in elementary school? Supersize it, and it will become one of your favorite picnic games.

What You Will Need: 36 12” x 12” cardboard or posterboard squares, spray paint, markers or crayons, and these free downloadable stencils from StudioDiy.com.

The Setup: Use the stencils to make a deck of picture cards: two of each picture. Shuffle them into a deck. Lay them down in a six by six grid on the ground, face up. Let participants get a good look at them. Then turn the cards face down.

Rules of Play: The goal is to find the pairs. Participants will take turns flipping over cards, two at a time. If the cards the participant chooses are a pair, they set the cards aside in their pile and turn over another pair. They do this until they turn over two cards that are *not* a match. Then it’s the next participant’s turn. Continue to take turns until a participant discovers the last set. The winner is the one with the most pairs.

This is one of those picnic games that might work best with an older child/younger child pair. But as long as each pair is evenly matched with the other pairs, it can be fun for everyone.

What You Will Need: Enough blankets, sheets, or large towels so that each pair of participants has one.

Setup: This is a race. One member of each team is the “horse,” who will pull the blanket “carriage.” The other member sits in the carriage. Participants line up side by side.

Rules of Play: When all the pairs are lined up, shout “Go!” The “horses” drag the blanket “carriages” with the riders on top, toward the finish line. The first pair to cross the finish line wins. Make sure to play this on the grass to minimize the chance of injury.

Little kids love rowdy games, but some picnic games are a little too rowdy for the little ones. These are the ones that can be extra fun for teens and adults. Some of these games are also made for playing when the sun goes down, and the little ones go to bed. 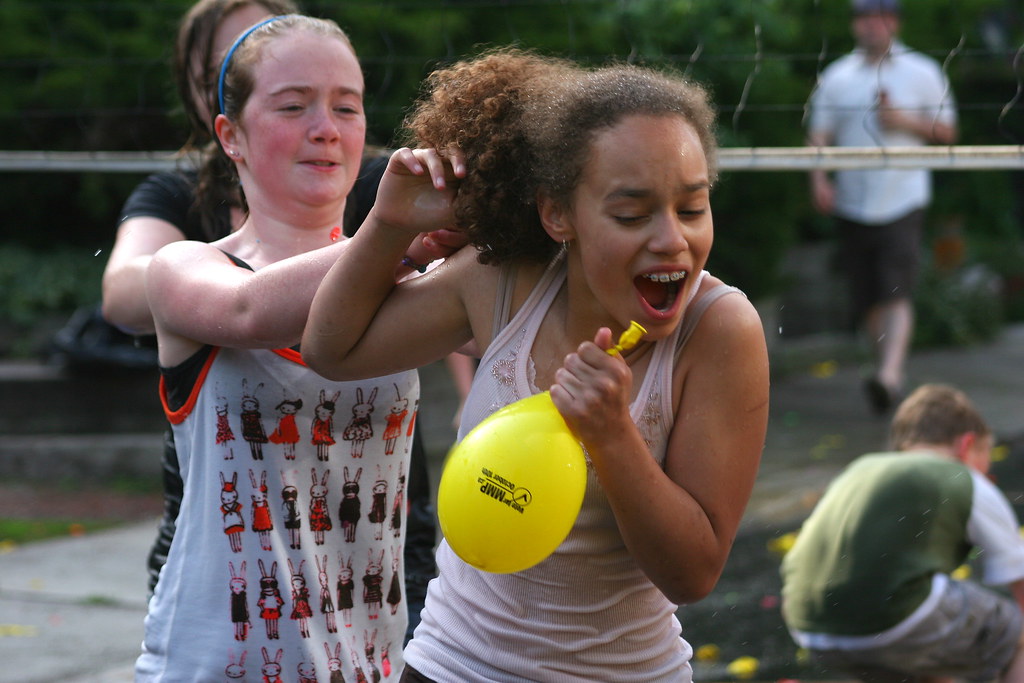 This game isn’t too rambunctious, but the props are too big, and the playing field too long for little kids to manage.

What You Will Need: Six to eight large trash cans, a basketball, foursquare ball or soccer ball.

The Setup: Arrange the trash cans in two groupings, about 15 feet apart. Split all the participants into two groups.

Rules of Play: Participants take turns lobbing the ball toward the other group’s cans. Every time one team gets the ball in the other teams’ bins, that’s a point for that team. At the end of play (when everyone on the team has had one, or two, or however many turns was decided upon at the beginning) whichever team has the most points wins. 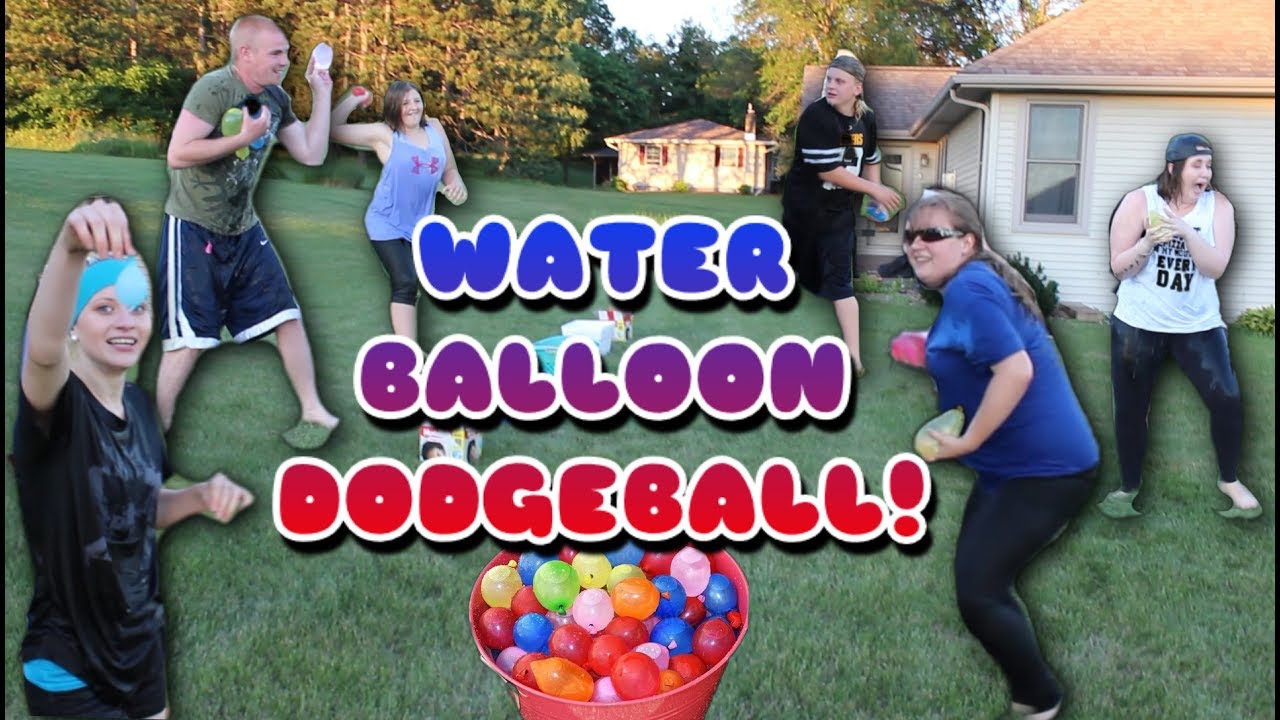 This is one of those fun games for teenagers and others who don’t mind getting hit by flying objects or getting wet.

What You Will Need: Balloons, a water source, one or more buckets.

The Setup: Fill up enough balloons to fill one or more buckets, depending on how your bunch likes to play. Some people like to play with a single ball-thrower. Others enjoy having one or more on each end of the playing area. We recommend having a lot more balloons than you need, because chances are, this will devolve into an all-out water balloon fight at some point.

Rules of Play: Standard dodgeball rules: One person (or one person on each side) hurls a water balloon at the people on the playing field, trying to hit them. If a balloon hits a player, they are out and must leave the playing field. The last player standing (not hit by a balloon) is the winner.

This is one of those picnic games that will get people on their feet and working together. We recommend it for teens and adults, as it involves wandering the neighborhood unsupervised, asking strangers for things. Little kids can definitely help, though.

What You Will Need: Pencils and pre-printed lists of objects to acquire.

The Setup: Divide participants into teams. Give each team a pencil and a list.

Rules of Play: Send each team out into the neighborhood to find the objects on the list. The first team to return with all the objects wins. It’s probably a good idea to keep track of where the collected items came from, so you can return the items found after the game. This is one of those picnic games that can be enjoyed by just about everyone. Older kids and teenagers might find the physical contortions a bit easier than the littles, though.

What You Will Need: Spray paint in four colors, a twelve-inch circular stencil (you can easily make this from a pizza box), and a Twister spinner (you can either use one from your own Twister game, make one, buy one, or use this online twister spinner).

The Setup: Use the stencils and spray paint to make a grid of colored circles. You can find ideas and detailed instructions at One Good Thing.

Rules of Play: Participants take turns spinning the spinner. When the needle stops, they follow the directions (“place your right hand on red,” and so forth.) If a player falls, they are out. The winner is the last player who hasn’t yet fallen.

5) Glow in the Dark Capture the Flag 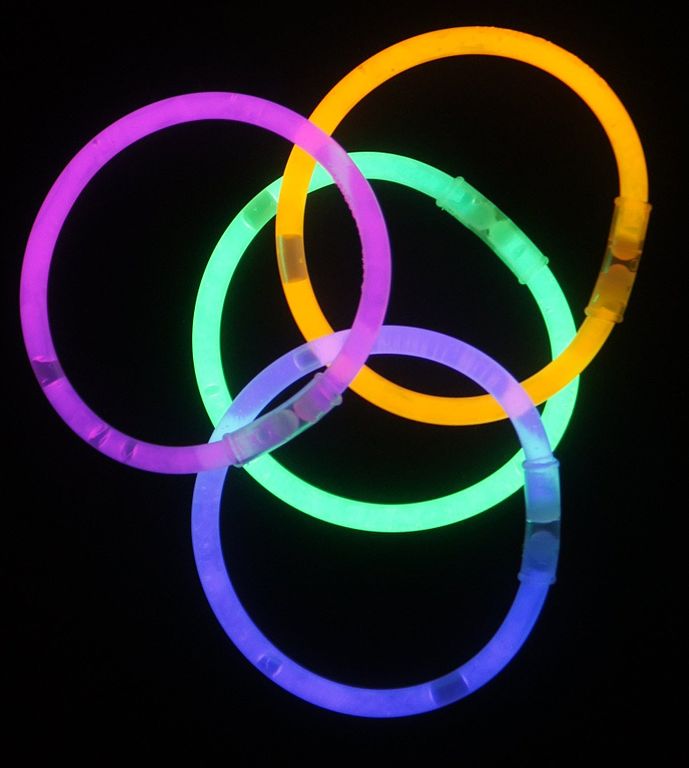 Image CC by CC 4.0, by domdomegg, via Wikimedia Commons

This is a fun update of a classic game. We think it’s great for teenagers and older kids who aren’t afraid of the dar and can navigate the darkness with a lesser chance of injury than younger kids. Also, this is one of those picnic games that can get quite rambunctious and rowdy.

What You Will Need: Glow sticks in two different colors. These should be the kind that are also bracelets.

The Setup: Divide the players into teams. Players on each team wear the same color glow bracelet. Set up one “fort” and one “jail” for each team. Each “fort” has a glow stick with that team’s color (the “flag”). Each team assigns one or more “guards” at its “fort” to guard the glow stick.

Picnics, large and small, are a great way to get together with old friends and to make some new ones. Picnic games can be fun for people of all ages — and for mixed age groups, as well. You don’t have to spend a lot of money to put together memorable picnic games, and in fact, gathering the supplies and making the game materials can be part of the fun. The important thing is to get together, get moving, and get laughing!

Featured image CC by CC 2.0, by Hector Alejandro, via Flikr