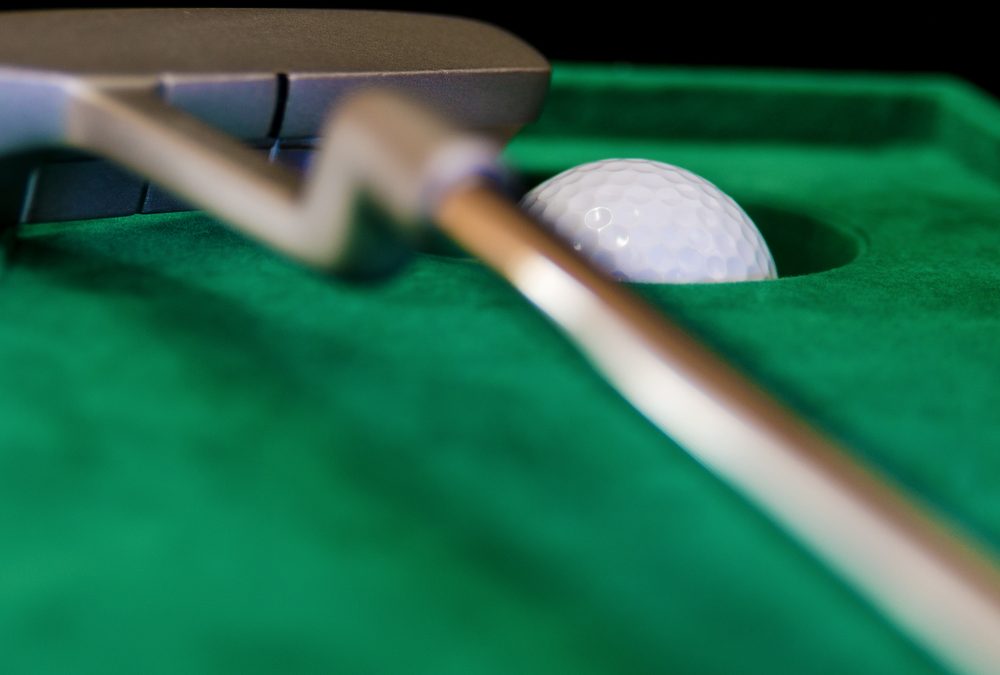 Are you running out of ideas for activities with your family? Picnics in the park are great, and board games are fun, too. But, if you’re looking for something to break the routine, you can try indoor mini golf.

Commonly referred to as Putt-Putt Golf, mini golf’s roots date back to the beginning of the 20th century. Before the Great Depression, it had become insanely popular because people realized it was easily accessible everywhere, and installed courses on rooftops.

After the Great Depression, Joseph and Robert Taylor built an empire based on mini golf and brought it once again to the people’s attention. Today, we celebrate National Miniature Golf Day every year on the second Saturday of May.

Is Mini Golf Just Golf on a Smaller Scale?

Mini golf courses are usually comprised of 9 (or multiples of 9) holes. The rules are similar to the parent game, but the length of the holes is considerably smaller. For this reason, the courses usually imply obstacles like windmills and tunnels to increase the difficulty of the game.

Moreover, while golf itself is known for the unfriendly turns it can take, mini-golf is nothing like it. Because it hasn’t been perceived as a competitive sport, but as a recreational activity, golf and mini golf are quite the same things, except that mini golf takes up all the fun.

If you want to seal the fun deal on an afternoon session with the family, here are five tips to help you:

5 Things to Think of Before the First Hit

Many people play golf to relax and reflect, and you could do the same. The purpose of the game is to relax and enjoy the time spent together. It doesn’t matter who wins, all that matters is if you managed to strengthen the relationship you have with your family members or not.

Otherwise, what’s the point of spending time together?

Many of the obstacles on the course are there to help your creativity unleash. How will you get the ball in the hole if the surface is uneven? What’s your strategy? Think outside the box and go for the most uncommon, yet potentially effective solutions.

3. Focus on Learning the Skill

Mini golf is one of the activities that train a wide variety of skills. You get to sharpen your visual acuity, your eye-hand coordination, and your ability to imprint the desired path for the ball in your hit. Moreover, you have to keep score, so prepare yourself because your math skills will be overworked.

Moreover, focus on learning how to give the desired effect of spin to your hit. Before you learn how to do it, you won’t have good control over the ball’s trajectory, and it can end up in the windmills or other courts – so this alone will be fun enough.

As mentioned above, coming up with strategies is another common thing for golf (and mini golf) players, so here’s another skill to train. There are so many things you can learn from only one game of mini golf – why focus on the score?

Did you know you could burn as much as 300 calories per mini golf game? That’s because it’s a fun way to do some cardio exercise. Put your fitness wristbands on, and count who has the lead in calorie burns.

Chances are, when there’s a parallel contest running with no real prize at stake, people will loosen up and become more interested in that one than in the mini golf competition itself.

5. Don’t Forget to Have a Laugh (Even at Yourself)

Badly missed a hole? No problem! Instead of considering it a bummer, tell others the hole has changed places with the spot 15-inch left where the ball is, otherwise it would have sunk. Pro Tip: If you laugh, you have more chances of taking the lead in the calorie burner contest.

Because most courses have a 9-hole or 18-hole course, it should take less than an hour to complete them. But if you want some extra fun, you can add some rules of your own, to make the game more exciting. Just make sure everyone agreed to them, and you speak a common language.

No matter which course landscape you choose, or how many holes you decide to play, the winner won’t be the one who scored least at the end of the game, but the one who enjoyed themselves most.

So, keep your eyes on the prize, swing, and hit!