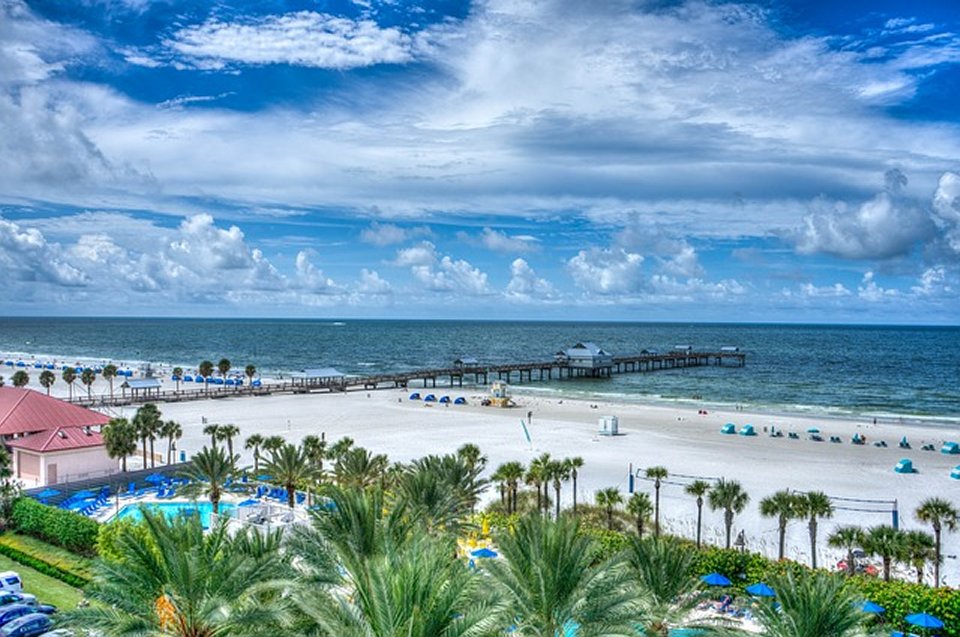 Many families are looking for ways to get away from the hustle and bustle of everyday life. Travel is great, but it can be exhausting when you have young children. Florida vacations are a great way to get away, and still stay close to home. Florida has some of the most family-friendly vacation spots in the country.

With its mild climate and a wide range of attractions, Florida is a great place to visit on your next trip. From sandy beaches to the best theme parks in the nation, couples know that there’s something in Florida for every member of the family. Camping and fishing appeal to outdoor-loving families. Beach vacations are fun and relaxing. Florida also has many museums and educational attractions. And if Florida isn’t far enough away from life’s stressors, it also hosts ports for many cruise ships.

Places to Visit in Florida

Depending on your preferences, every corner of the state has exciting options for Florida vacations filled with fun and relaxation.

Miami’s South Beach (or SoBe) is iconic in American culture. With art deco buildings and white beaches, it’s arguably one of the most cosmopolitan cities in Florida. There’s no place like the SoBe boardwalk for playing tourist. The stroll is dotted with restaurants and shops, with beachgoers and celebrities alike abuzz under the hot sun. Nightlife is electric and hip, with dance clubs featuring music with an international flavor.

Coconut Grove has a family-friendly atmosphere with shops and restaurants. More suitable for tourists than celebrity spotting, it offers parks with views over the water like Peacock Park and Barnacle Historic Park for picnicking.

Kids who love animals will love Jungle Island in Miami, an interactive zoo where visitors can get up close to the animals. The original park was founded as Parrot Island in 1936, on an Island where the birds could fly around freely. It has orangutans, snapping turtles, and kangaroos. 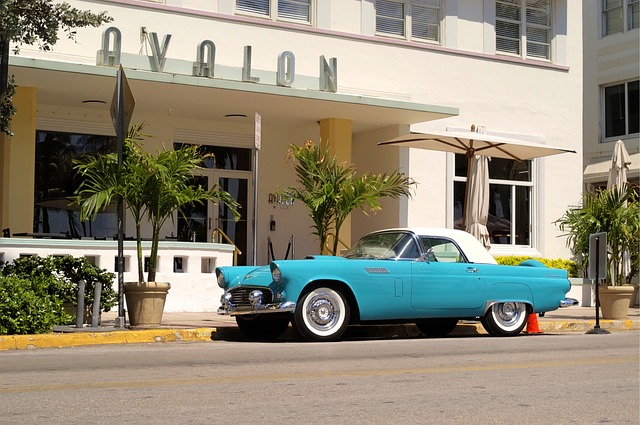 Image: CC0 by Deyson, via Pixabay

The Florida Keys are a string of islands that trail from the southernmost part of the state, and Key West is the one at the further point. It’s only 90 miles from Cuba. Key West is known for its laid-back lifestyle, and there are some that will tell you that time just doesn’t pass in the Keys. It’s also known for its free-range chickens and the cats at Hemingway house, so it’s a big hit with kids.

But don’t let its low-key nature fool you into thinking that Key West is boring. The brave of heart can enjoy skydiving and scuba diving, even a haunted pub crawl. Nature lovers will adore the tropical forest botanical gardens. There’s plenty to see, including dolphin encounters and fishing trips from local boat captains. 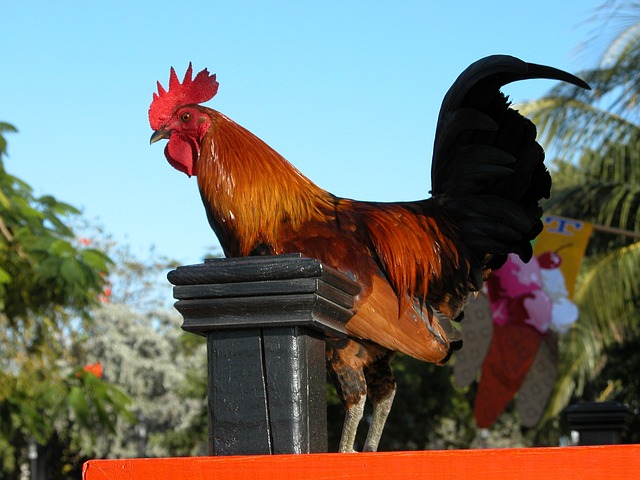 Downtown Disney and Universal City Walk features rows of restaurants and shops. And you don’t need a park pass to enter. For older family members, the Hard Rock Café at Universal Studios Resort and House of Blues at Downtown Disney are both usually suitable venues for families with music-loving teenagers.

Outside of the theme parks, there’s plenty of outdoor fun, like Gatorland and Bok Tower Gardens. The Tibet-Butler Nature Preserve is also nearby.

And best of all, Orlando area attractions are only a short drive from either the Space Coast to the east or Tampa Bay to the west. So, if you want to get more fun from your Florida vacations, it’s only two hours to Tampa or an hour and 15 minutes to Cocoa Beach. 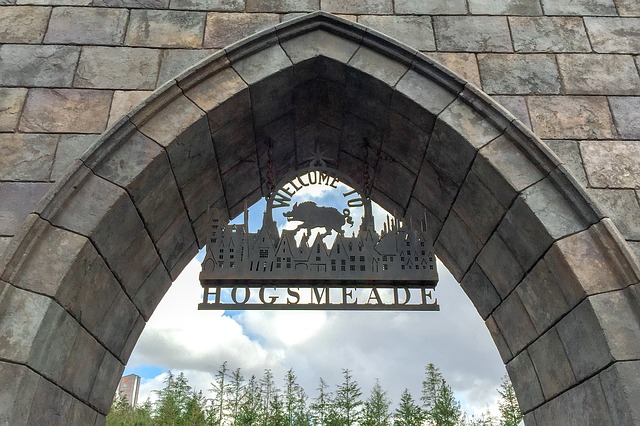 The Sun Coast area has so many different types of attractions, it’s hard to cram them into one entry. Tampa Bay includes the pristine beaches of Clearwater and the string of Islands along the Gulf of Mexico. Indian Rocks Beach, Madeira Beach, Treasure Island, and St. Pete Beach all features fine white sands on the Gulf.

There are also historic attractions in Tampa, like Ybor City, with restaurants, shops, and old cigar factories. Busch Gardens does a booming business year-round with its wild animal habitats and roller coasters. The adjoining waterpark, Adventure Islands, is also popular during the summer.

North of Tampa, you’ll find the “Nature Coast,” a stretch of the Gulf filled with state parks and the home of the famous Weeki Wachee Springs. It’s a sports fisher’s paradise, with a laid-back, small-town feel. 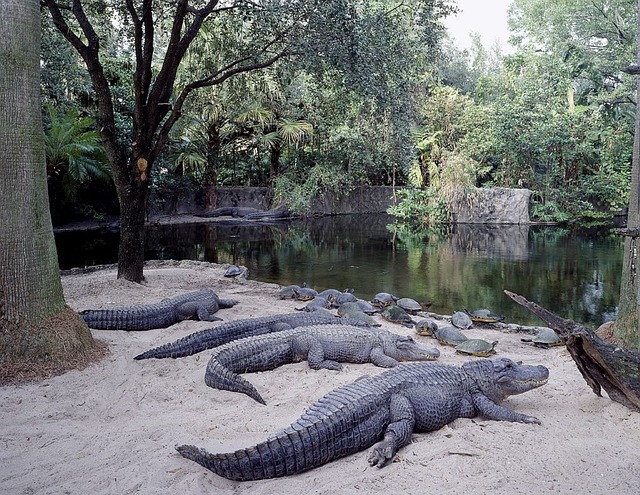 Space Coast: The area around Cape Canaveral and the Kennedy Space Center features all sorts of attractions for families who love space exploration. There are several beaches nearby for sun and fun, and the history of American astronautics program at the Kennedy Center. Tour the launch areas and check out the Space Shuttle Atlantis. If you time it right, you can watch a launch. The pier at Cocoa Beach is a blast. Or visit the Merritt Island National Wildlife Refuge. 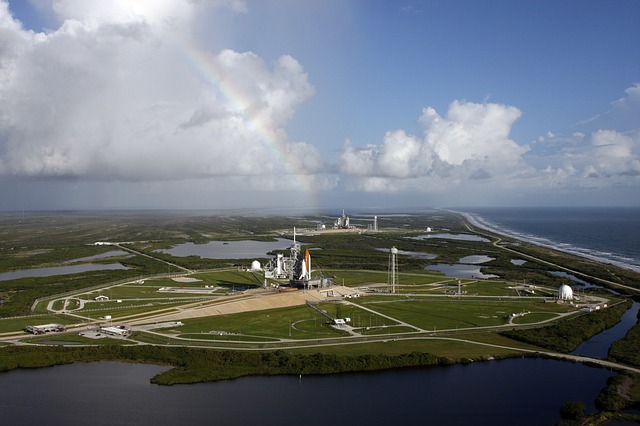 Because of the crystal green waters in the Gulf of Mexico, people refer to the area from Fort Walton Beach to Panama City as the Emerald Coast. Along with some of the most beautiful white-sand beaches in Florida, there are also plenty of things for families to do. The area is filled with military history, including the National Naval Aviation Museum and Fort Barrancas. After all, it’s the home of the Navy’s Blue Angels demonstration team at the Naval Air Station in Pensacola. It’s also home to Eglin Air Force Base, Tyndall Air Force Base, and Corey Station Naval Tech Training Center.

One of the biggest appeals for families looking for Florida vacations is the price point. It’s certainly one of the most affordable areas to stay. Since it’s home to so many military families, it tends to be easier on the wallet than some beach locales. Swimming season is a bit shorter than other coastal Florida vacations, but at the right time of year, it’s every bit as beautiful. And so much easier on the wallet. Tour the aviation museum or take a tour of the historic areas around town.

Founded in the year 1565, St. Augustine is the oldest continuous city in the United States. Located along the Atlantic Ocean in the northeast corner of Florida, it features beaches and wildlife sanctuaries for visitors. St. Augustine Beach and Vilano Beach are both great places to catch the sun and sand.

It has a number of historic buildings and old Spanish forts to tour. Many visitors take the tour of the Castillo de San Marcos, a 17th century Spanish stone fort. It’s a big hit with adults and children. Other great historic sites include the Mission Nombre de Dios church, which dates back to the founding of the city (though substantially rebuilt in the intervening 500 years. For visitors interested in American and Spanish history, there’s Fort Matanzas, built in 1740, and the Fountain of Youth Park. 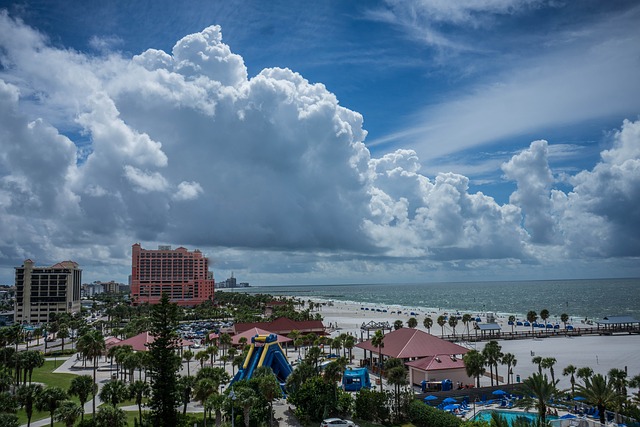 Florida has some of the loveliest and most accessible beaches in the country. Whether you’re looking for a relaxing day at the beach for the whole family, or something a little more glamorous for a romantic night out, Florida has miles of beachfront waiting for you.

Ft. Lauderdale: Known for Spring Breakers, beaches in Ft. Lauderdale are world-renowned. The A2A Strip is lined with high-end venues for tourists. Upscale restaurants and nightclubs are a big draw. The beach features lots of luxury hotels and resorts on the water, with amazing views.

Clearwater Beach: Pier 60 offers a white sand beach with rows of resorts as well as a marina for day trips. Featuring a range of gulf-side resorts, Clearwater hotels go from luxury to quaint old-Florida style. Dining on the beach means lots of seafood. Clearwater Beach has a quaint, small-town feel because of the shops and single family rental homes that are perfect for Florida vacations on the beach.

Sarasota: From Anna Maria to Longboat Key to Siesta Key, Bradenton/Sarasota beaches are some most intimate Florida beach vacations available. This string of six islands in the Gulf of Mexico creates privacy along the stretches of shallow waters.

Daytona Beach: Located on the Atlantic, Daytona Beach is a fun place for young people. The city is known for the Daytona 500 race, and driving is permitted on the beach’s hard-packed sand. The beach features a carnival atmosphere with arcades and rides. The bandshell features concerts in the summer.

Sanibel: Located in the Gulf of Mexico, outside of Fort Myers, Florida, the beaches on Sanibel Island are known for water sports and picnicking. The Sanibel lighthouse and beach boardwalk offer a unique, old-Florida feel to the island.

Naples Beaches: Visitors love Naples beaches because of their white “sugar” sand and tropical palm trees. The Naples Pier. built in the 19th century, is still a popular spot for watching dolphins. Naples has miles of beaches, from nature preservation sites to resort-style beachside resorts.

Panama City Beach: This major vacation destination is known for Spring Break festivities. Located halfway between Pensacola and state capital Tallahassee, this spot is popular with tourists and locals alike.

Destin: In the Florida panhandle, Destin Beach offers a resort feel with a number a hotels lining the sandy Gulf beaches. Nearby nature trails and golf courses make this a Florida beach vacation with extras.

Siesta Key: This barrier island off the coast of Sarasota has great amenities for families, including playgrounds and tennis courts. One beach features picnicking areas and boat ramps. The island has eight miles of beach along the Gulf, separated into three separate beaches, each with their own character. 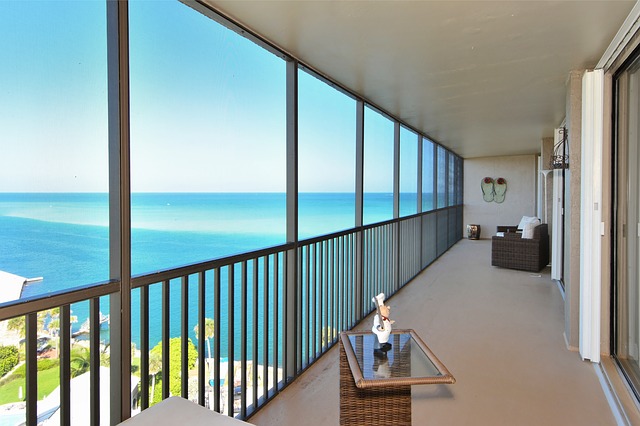 This resort has several luxurious all-inclusive packages for couples. Whether you want to relax for two days or a week, Safety Harbor has meals, spa services, and more wrapped into several packaged plans.

This resort on St. Pete Beach features all-inclusive packages for couples. Situated on the beautiful Gulf of Mexico, it also has packages for families that include a day at the Dali museum or the Clearwater Aquarium.

This Club-Med property is an all-inclusive resort that focuses on luxury golf courses. It’s still very family friendly and has tons of activities like beach volleyball, tennis, and sailing.

This resort has a number of packages, including an all-inclusive stay package with meals, activities, and spa services. Located on the family-friendly Emerald Coast, this is a good choice for visiting the nearby Naval and Air Force bases.

Disney Resorts is known for its all-inclusive packages. The ultimate in family Florida vacations, Disney offers several packages through their Florida vacations resorts. Vacation packages at their Four Seasons hotel include luxury suites, fine dining, spa services, and tickets to all four of their Orlando theme parks.

There are many reasons why families choose Florida vacations to get away during winter break or summer lull. Beaches and coastlines surround Florida, and they’re all accessible from any major city in the state. In the interior, there are rivers and waterways for boating and fishing. Wildlife thrives in Florida’s mild climate, from cougars to alligators to dolphins and manatees. With a history carved out of a once-harsh wilderness, Florida is proud of its museums and ancient cities and old neighborhoods. Florida vacations are kind on the family budget, with options like low-cost hotel rooms and familiar fast-food restaurants. It also has plenty to offer the most sophisticated traveler, from fine dining on South Beach to luxury hotels and resorts.